According to figures released by the Government, more than 140,000 people were killed on Indian roads last year, making Indian roads some of the deadliest in the world. The Ministry of Road Transport & Highways (MoRTH) opines that 77% accidents happen due to the fault of the driver.

Why such a grim state of affairs?

The devil, as is often said, lies in the details. Consider this: in the UK, only 40-43% of those who apply for driving license pass the test. As a result, aspiring drivers are forced to undergo training from accredited trainers and spend anything from GBP 800-1000 (INR 70,000-90,000). While in India, you can get a driver license delivered to your home, often without even taking a test. Because there is little control over who gets to drive and who doesnÃ¢Â€Â™t, enforcement becomes a dodgy affair.

The issue gets further exacerbated by the fact that there is no central database for licenses. Neither is there any clarity or official certification for driversÃ¢Â€Â™ training, no accredited curricula, training material, or any semblance of a process that can ensure that the person who gets behind the wheel, is qualified to do so. Compare this to Sweden, where only three of every 100,000 Swedes die due to road accidents.Meticulous planning, barriers separating pedestrian zones, low speed limits and strict policing are some of the hallmarks of the Swedish road safety campaigners and government associations.

To be able to replicate even some of this in India, a logical starting point should be the driverÃ¢Â€Â™s tryst with his vehicle: his license. As per the law, the Regional Transport Officer (RTO) authorized to issue driving license needs to ensure that the applicant understands traffic rules and, well Ã¢Â€Â“ knows how to drive! But with more than 1 crore licenses issued every year, and growing at 7%-10% annually,the Government has not invested enough into resources to test every person seeking license, thereby allowing untrained and unsafe drivers to drive vehicles.

That said, Vadodara is a good example of a proactive state Government committed to road safety: the Gujarat government introduced a sensor based automated testing system for drivers applying for licenses. Since the introduction of this automated test, the pass percentage saw a sharp drop, from 100% to 40%. The domino effect this led to, was interesting. Individuals who failed the test had no choice but to polish their skills. Many enrolled in good quality driving schools to perfect their driving and repeat the test. The driving schools, in turn, were forced to adopt better methods of driving training. Today, while there is no conclusive data connecting this to road fatalities, the measure has encouraged license seekers to take driving training seriously, and made driving schools more responsible and legitimate in their dealings.

While these are encouraging early signs, the road ahead is a long and arduous one. And for driving to be hazard-free, there is a need to approach the licensing process scientifically and methodically. A centralized organization that is responsible for the issuance of licenses, automated testing mechanisms that obliterate any scope for foul play or human intervention, a centralized accreditation system for driving schools to make them more accountable and alert Ã¢Â€Â“ these are crucial steps that must be taken to make our streets safe.

More than anything else, there is a need for a mindset change Ã¢Â€Â“ and consequently, a behavioural change. Driving needs to be given its due importance as something that needs to be studied, practiced and tested. Licenses need to be earned Ã¢Â€Â“ not assumed. LetÃ¢Â€Â™s start there. 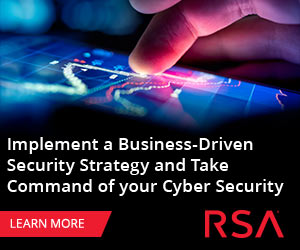